At the Brink is a podcast about humanity's most terrible weapon and the stories of those who have shaped its history. Our work was inspired by former Secretary of Defense William Perry, who spent his life working to protect the world from nuclear disaster, and who believes that the risk of nuclear disaster is greater today than ever before. His granddaughter, a millennial who grew up in a post-Cold War world, and who learned about nuclear weapons in history class, went to learn the real story by interviewing presidents, cabinet members, congressmen, scientists, historians, atomic bomb survivors, military officials, and activists. Lisa Perry is the Digital Communications Director for the William J. Perry Project and creator and host of the AT THE BRINK podcast. Lisa was motivated to enter into the nuclear field after her grandfather, former Secretary of Defense William Perry, wrote a book declaring nuclear weapons a greater threat to human existence today than ever before. She joined his foundation in order to help better translate nuclear issues for her post-Cold War generation. Inspired by her grandfather's many intimate accounts of dealing directly with the nuclear threat, Lisa conceived of the idea for a podcast that explored the personal impact of the often difficult-to-grasp issues surrounding these weapons. In a remarkable career that has spanned academia, industry, entrepreneurship, government, and diplomacy, Bill Perry has dealt firsthand with the changing nuclear threat, most notably as Secretary of Defense under President Bill Clinton. His 2015 memoir, My Journey at the Nuclear Brink, is a personal account of his lifelong effort to reduce nuclear dangers. He founded the William J. Perry Project to educate the public on these dangers. In 2020 Perry co-authored along with Tom Collina THE BUTTON: The New Nuclear Arms Race and Presidential Power from Truman to Trump. He is the Michael and Barbara Berberian Professor (emeritus) at Stanford University. He is a husband, father of five, grandfather of eight, and a great-grandfather of five (soon to be six!). He continues to travel the world in pursuit of his goal to eliminate the danger of nuclear weapons.

Lisa and her grandfather in photos 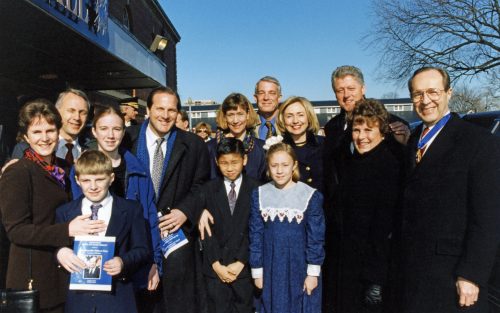 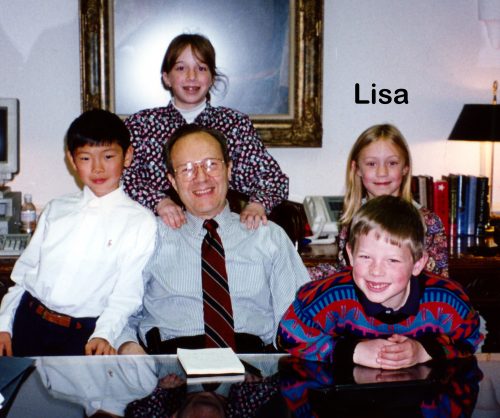 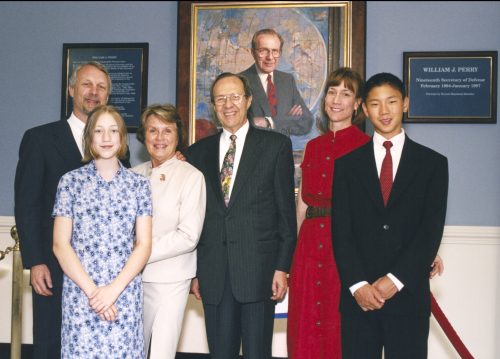 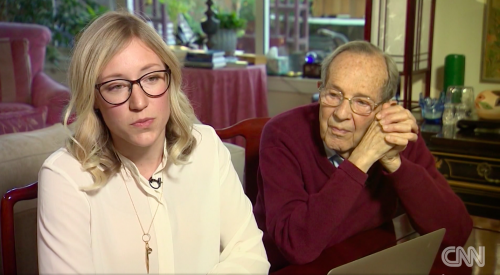 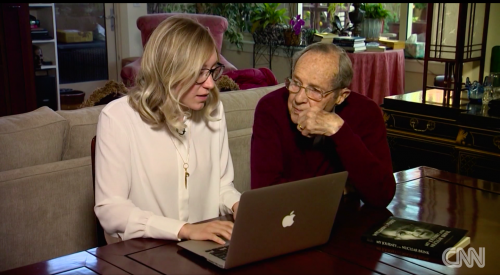 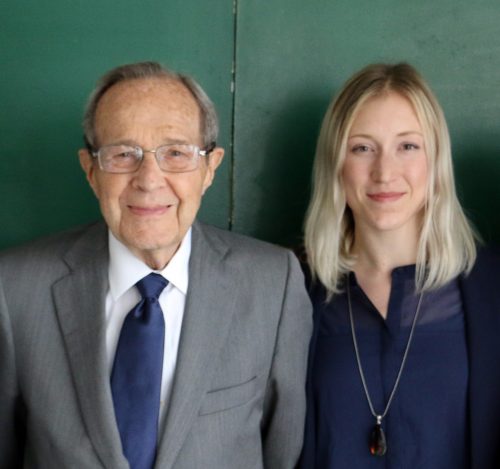 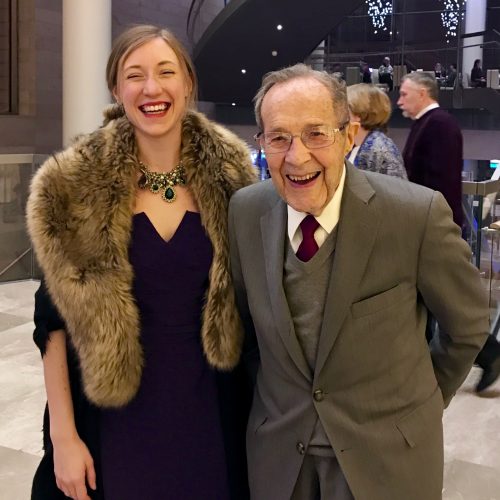 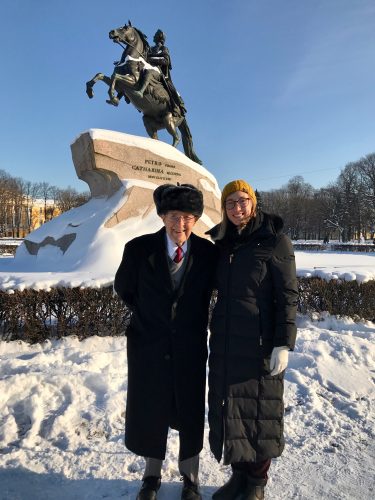 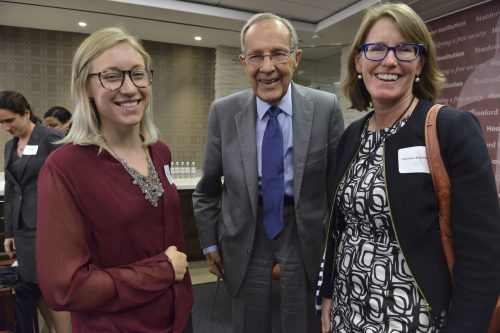 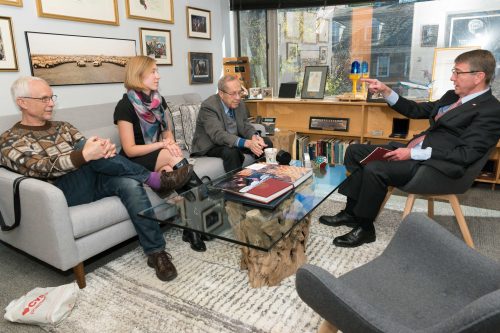 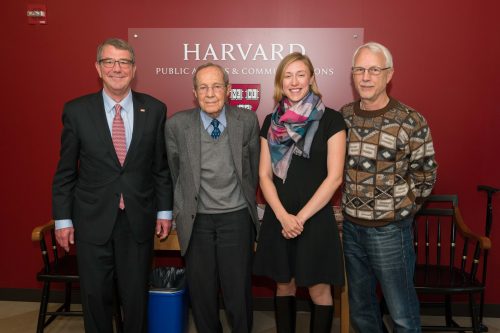 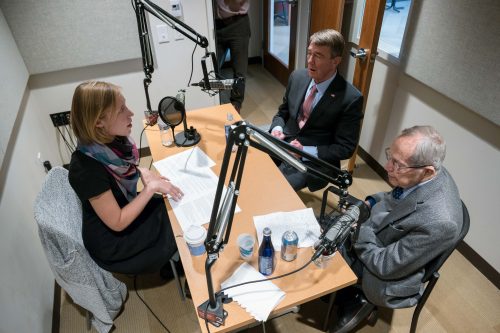 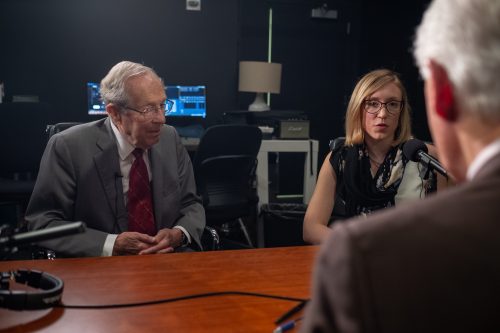 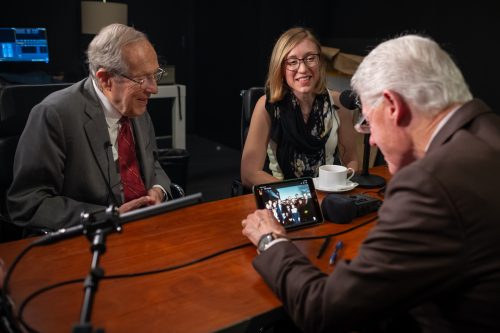 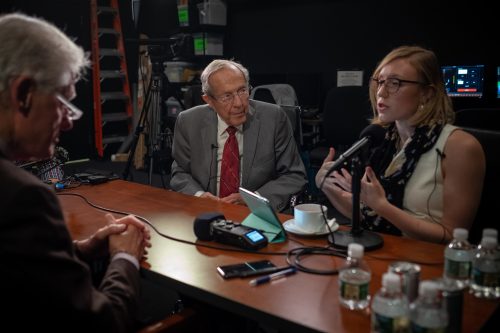 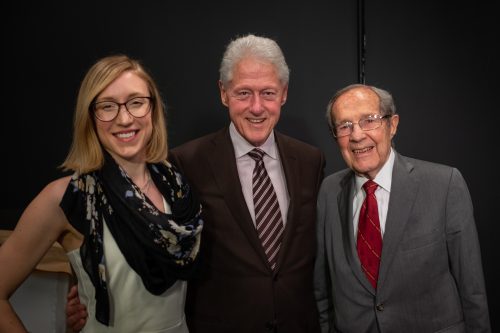 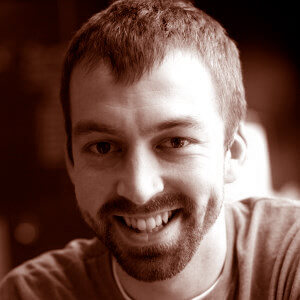 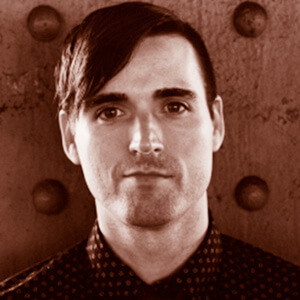 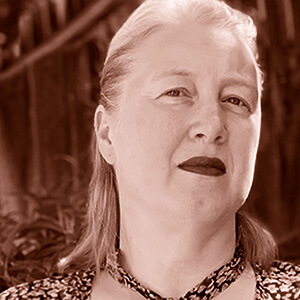 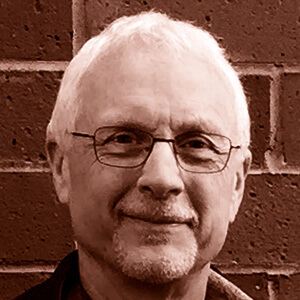